Wouter De Vos - A Man Whose Story Will Bowl You Over

We often read inspiring stories of people who overcome difficulties, disabilities or circumstances in their quest to achieve their dreams. Little did we ever think, however, we’d one day proudly be telling such a story about one of our very own residents.

Wouter de Vos has been living at Eastlands Mature Lifestyle Estate for the past 2 years. Five years ago, at the age of just 49, he was working as a successful bank operations manager. He readily admits that at the time, it was a job he loved so much, it took priority over his family life. He worked hard, and was in good health.

Until one day he wasn’t.

On that fateful day, Wouter suddenly began experiencing difficulty walking. A consultation with a neurologist soon followed, and his worse fears were confirmed. Wouter was diagnosed with a rare progressive neurological disorder, corticobasal degeneration (CBD).

CBD is characterised by damage to brain cells and cell loss in certain parts of the brain. This damage is thought to be caused by a build-up of a protein called tau, which actually occurs naturally in the brain. Normally, it gets broken down before it gets the chance to accumulate, but in people with CBD, this doesn’t happen. As a result, harmful clumps of the protein build up in the cells of the brain, causing loss of mobility in the limbs, among other symptoms. It’s a rare disease, usually starting in people between the ages of 50 and 70 years old.

Turning A Negative Into A Positive
Wouter has now had the disease for five years and, in addition to the mobility problems with his legs, he also now has Parkinson’s disease, balance problems and issues with short-term memory. He’s not allowed to drive, he’s been medically boarded – meaning he can never work again – and he recently woke up with a stutter.

You would think that with all this going on, Wouter has the perfect excuse to feel pretty sorry for himself. But he just isn’t that kind of man! Despite the fact that he now has to wear leg braces to walk, he remains incredibly upbeat and positive, describing his illness as a simple “glitch in my motherboard.”

“I wouldn’t change a thing,” he says. “Work was my Number One. I’ve since prioritised.”

Wouter’s steadfast refusal to let his illness get the better of him is what led him onto the bowling green at Eastlands, where he approached bowls coach Dennis Panaino.

“He told me he wanted to play, but didn’t think he’d be able to,” remembers Dennis, who’s been coaching bowls for 17 years. “I told him if I could teach blind people to bowl, I could teach him.”

He was right, and Wouter, as it turns out, was a natural. He may have to wear a card around his neck to help him remember all the different bowling terms, but in typical Wouter style, he doesn’t let that bother him one little bit!

“Bowling has given me a purpose in life again,” he says, and this is what forms the backbone of the advice he wants to offer anyone who might find themselves in a similar situation. “Don’t give up,” he says. “You have a purpose,” he says. “That’s why you’re still around.”

Wouter says his goal is to inspire someone else and show them anything is possible. He’s already inspired one person – his son, Gideon. The 25-year-old has recently taken up bowling, and aims to one day be as good as his Dad.

An Incredible Support System
Wouter’s family is very important to him. His daughter, Melanie, is expecting her first baby, and Wouter is beyond excited about becoming a grandfather. He also cannot say enough about his incredibly supportive wife, Ina.

“My wife is amazing. She is now also my full-time carer because I leave taps running and candles burning. But that’s just an age thing,” he jokes.

Of course, supporting Wouter’s family in their care are his friends at Eastlands Mature Lifestyle Estate whom, he says, have become his second family. Wouter moved to Eastlands largely because of the medical facilities, and although he hasn’t yet needed to take full advantage of them, it’s very comforting to know that they’re there when he does.

Eastlands Medical Facilities
Eastlands’ Lifestyle Centre features an on-site Health and Wellness Centre, including a clinic offering a variety of health and wellness services. In-home care services are also available. The Centre is also equipped to provide 24-hour, long-term nursing care to both Eastlands residents and the wider community of Gauteng.

We also have a team of compassionate, highly-skilled multidisciplinary healthcare professionals providing holistic, flexible and individualised care programmes to residents.

If you’d like to come and view our facilities for yourself, and see just why Wouter describes Eastlands as “heaven,” please call to arrange a tour of our beautiful estate.

Back to all news items 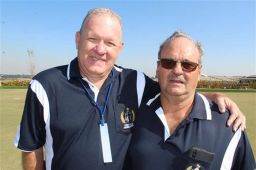 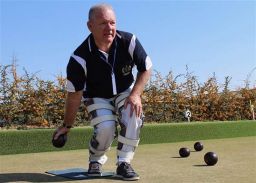